Category
All the news
Events
News
Food and Wine
Vineyards
Vintages
Quote of the month
Our wine's selection
UNUSUAL
Sort by
Decreasing date
Ascending date
Saint-Estèphe et Presidents of the Republique
UNUSUAL
Mitterrand and Jospin loved the same wine, Haut-Marbuzet (AOC Saint-Estèphe), which is also the wine... of the National Assembly!
A well-informed source told us that it would be Gaston Deferre, mayor of Marseille from 1953 to his death, and Minister of the Interior who would have introduced him to the Palais.

L'Élysée still spends €250,000 on wines every year. The Palais remains the first cellar of the Republic: Virginie Routis, the young sommelier, can draw from a reserve of about 15,000 bottles.
Quote of the month - may
Come and discover
our new goodies 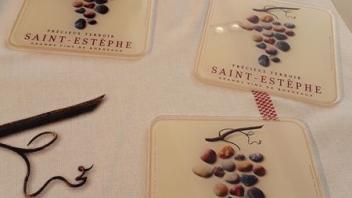